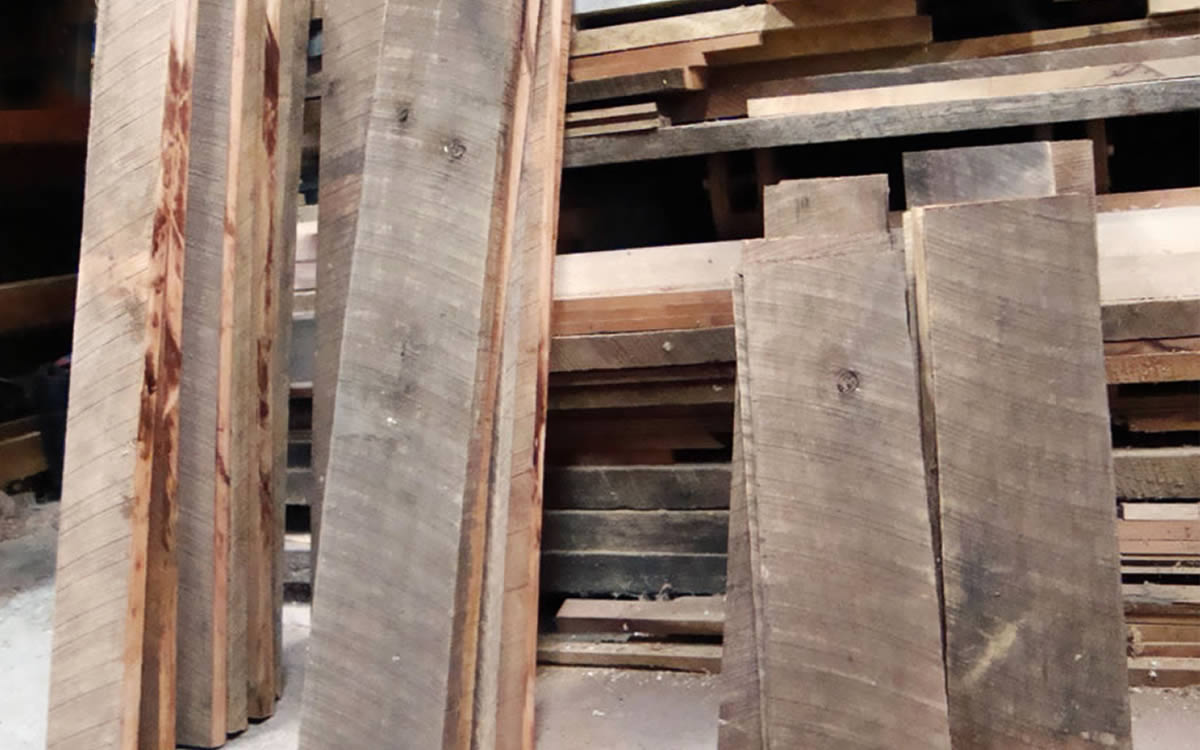 The natural properties of wood vary from species to species. Each has features that can make it more or less desirable, depending upon the projected use. Understanding how these characteristics influence the process of woodworking, as well as the final outcome, can help you select the right wood for your next project.

Don’t let the names fool you – some hardwoods are soft and some softwoods are hard. The classification is derived from the category of trees from which the lumber is sourced. Hardwoods come from deciduous trees (think, the ones with leaves) and softwoods from coniferous trees (evergreens). That said, in the context of woodworking, hardwoods are generally more dense due to their seasonal growing cycles.

Softwoods are generally less expensive and can be a good choice for woodworking, depending upon the project. Due to the cell structure, softwoods are more easily dented and deformed than hardwoods – one of the reasons that they are less commonly used in fine furniture making. These same characteristics, however, make them quite suitable for outdoor projects. Several softwoods, such as redwood and cedar, even have a natural ability to stand up to rot.

Softwoods also have finishing challenges, which are often met by either finishing with paint or by using a wood conditioner as the first step in the coating process.

Hardwoods have several characteristics that make them the more common choice for woodworking projects. The lumber is typically more stable, able to withstand more abuse, finishes beautifully and overall most people find the natural grain and appearance of hardwoods to be most pleasing.

The workability of lumber is a designation for how nice a particular species is to work with. Does it machine easily – easy to cut, maintaining crisp edges, resisting burning and holding fasteners? How complicated is the finishing process? Some species look exquisite with a simple coating of oil to protect and accentuate the natural beautiful of the wood. Others require additional steps to combat blotching or to battle natural oils within the cells.

Key factors in a lumber species’ durability and workability are hardness and density. These are measurable traits that reflect the typical properties of each type.

Hardness is measured on the Janka Hardness Scale with the results recorded as “pounds-force” (lbf). Pounds-force is determined by a controlled measurement of the force required to embed a 0.444” diameter steel ball to a depth of 0.222”. The more force required, the higher the Janka rating, the harder the wood.

Density is the average dried weight of a species and is measured in pounds per cubic foot (lb/ft3) or kilograms per cubic meter (kg/m3). The result is technically the specific weight for a species, but is readily used as an understanding of the species’ mass due to the relative consistency of those two measurements under Earth’s gravitational pull.

Wood is a once-living thing. And after harvesting it continues to exhibit traits innate to its organic nature. Wood movement is something that woodworkers respect in all stages of project work, from planning to lumber storage to assembly. Some woods, such as American beech, red and white oak, maple and hickory, are remarkably stable. But even these species require thought and execution that accommodate their reactions to moisture changes in the environment.

Over-foresting of lumber is a serious concern and is leading to the demise of highly-targeted species of trees. Responsible woodworking includes an awareness of threatened species and personal accountability to utilize lumber that isn’t contributing to the problem.

All of the species listed in Wood Crafter’s “Species Library” contain information regarding sustainability. Species are listed as either “not threatened” or noted according to their designations withing the IUCN Red List of Threatened Species or the CITES Appendix II. Both are official resources for determining the threat of extinction of these woods. 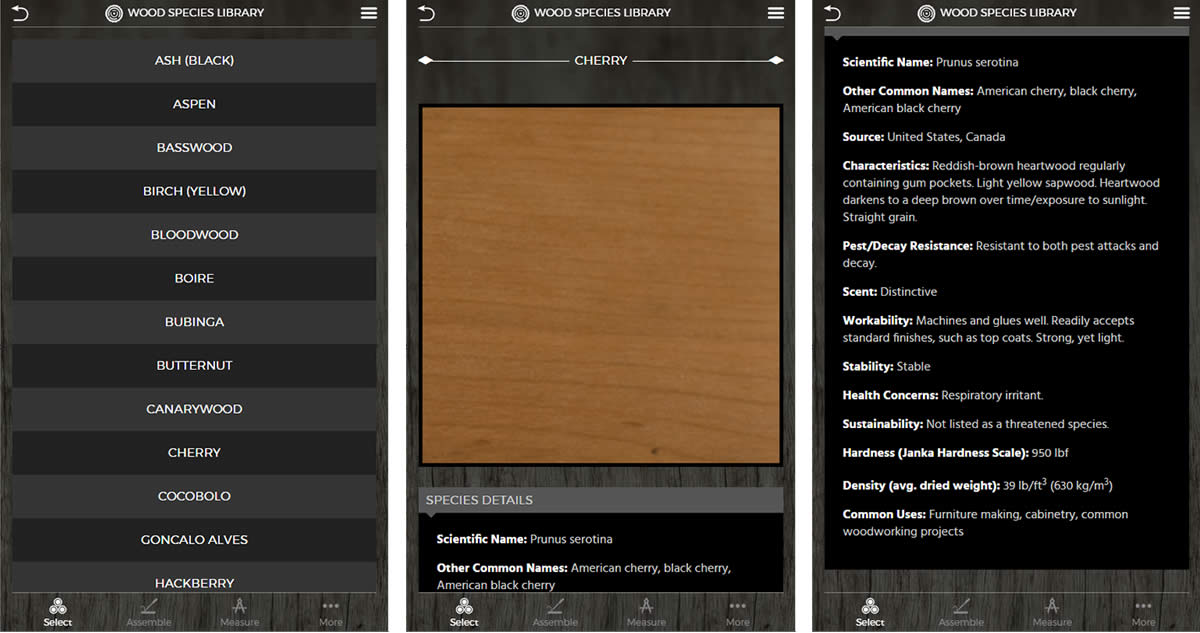 Wood Crafter includes a collection of more than 30 species of commonly-used woods in the realm of woodworking. Each listing contains a color photo of a natural sample of the selected wood, notes regarding the characteristics addressed above and more. This terrific pocket reference makes lumber selection easy and continues to grow with new releases of our woodworking mobile app.

You can download Wood Crafter for iOS from the App Store or for Android from Google Play.